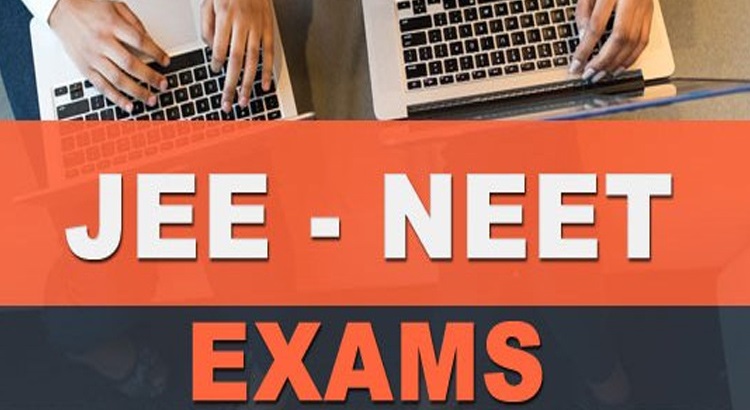 NEET (National Eligibility and Entrance Test) and JEE (Joint Entrance Exam) are two of the most prestigious exams of the country conducted by the NTA (National Testing Agency) for Top Medical and Engineering Colleges respectively. Recently in a conversation with the press, the NTA which works under the Ministry of Education claimed that the postponement of exams will lead to a zero academic year and thus is not an option. The exams will be conducted after taking proper precautions. The NEET is scheduled to be conducted on 13th September, 2020 while JEE (Mains) is scheduled from 1st September to 6th September 2020. NTA also said that 99% of the aspirants will be allocated their first preference center so as to remove the hustle of travelling.

Here’s what the Nation has to say about NEET-JEE exams being conducted amid the Pandemic:

What do I have to Say about This?

With Contradictory opinions from various parents, institutional personals and the government, the decision has been finalised by the SC to not postpone exams. As the moment of writing this blog, according to official information, 9,94,198 students have downloaded the NEET 2020 admit cards and 7,49,408 students have downloaded the JEE Main 2020 admit card, taking the total number to over 17 lakh.

The very fact that postponing the exams will lead them to merge with the next year batch making the number of seats available same while the number of applicants are doubled will be unfair and unappreciable. So delaying the exams is off the table. Meanwhile the students appearing for the exams are legally adults who can think of their own safety. So the concern of safety can be solved as per the orders of NTA by taking proper precautions.

Sometimes the options to choose from are equally worse, what matters is how you figure out the less bad situation and turn it into a scenario that leaves you with the least scars. The problem is no matter what the government does on this front, a portion of the population will be offended. I believe safety is important, but not at the cost of the careers of lakhs of students. So instead of prepping the students and government on what to do next, we should try to think of the next batch who will appear in the same position next year.

Our actions today cause a ripple effect on the consequences of tomorrow, so the SC decision of conducting the exams in September deems fit as it will allow the IITs to start their classes online by January 2021. But if you feel otherwise we would love to hear your views in the comment section below or on our Social Handles.